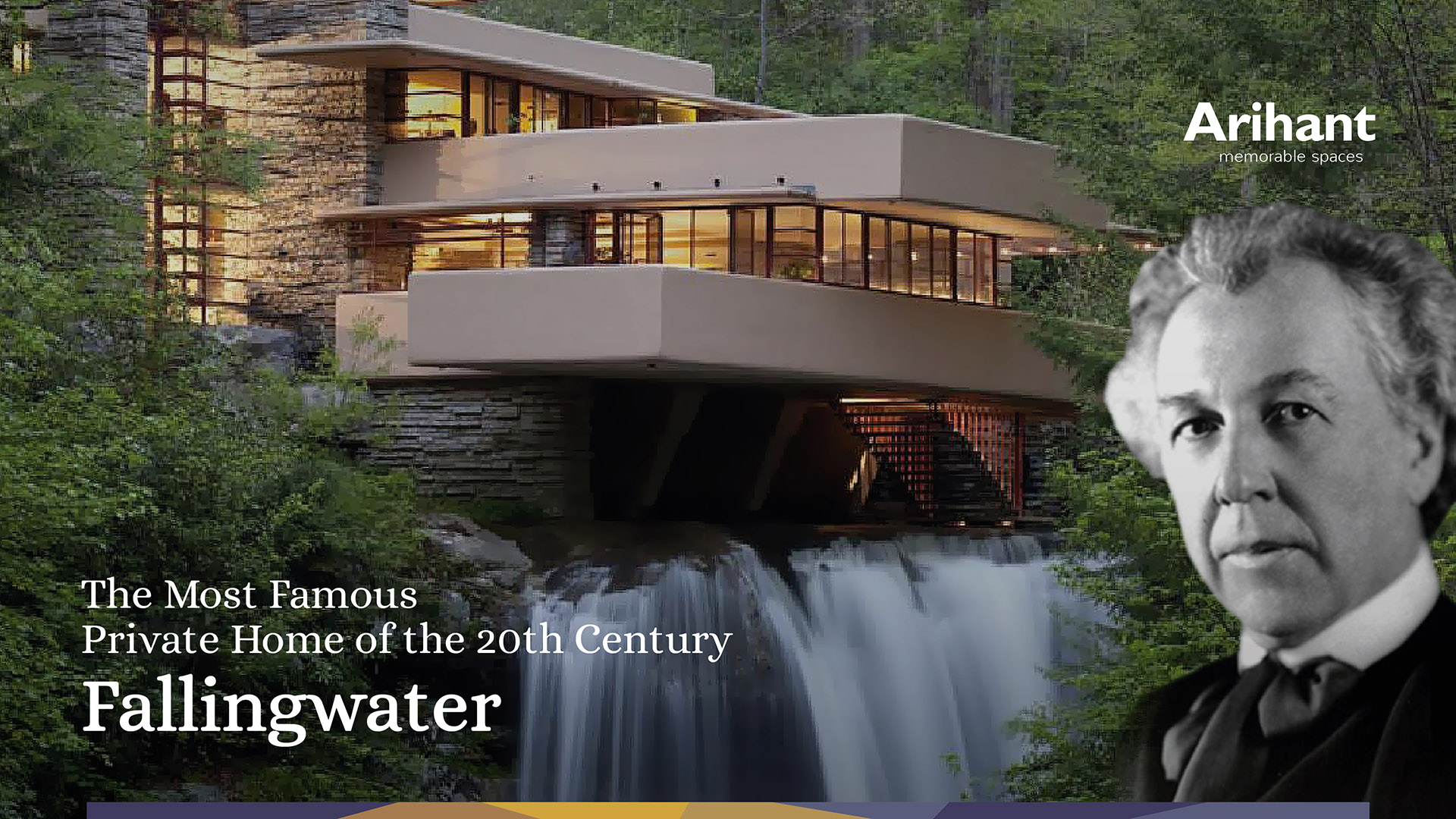 The Most Famous Private Home of the 20th Century – Fallingwater

Frank Lloyd Wright designed the ever-famous Fallingwater in 1935 for his friend Edgar Kaufmann. He completed the project three years later in 1939. The client has asked for a holiday home for his family that faced the 30-foot (nine-meter) waterfall of the Bear Run Nature Reserve in rural Pennsylvania. On visiting the site, Wright spotted a rock that jutted out over a water stream and decided to design and build the house there and have the water flow underneath. Taking cues from the rocks, Wright cantilevered floors from the house’s three levels.

Aside from referencing the surrounding natural forms and utilising them to the max, Wright chose locally sourced sandstone to make the body of the house. The colour palette of the house was also limited and such that the exterior ensured that the property blended beautifully into its surroundings. The structure of the building was one of Wright’s most bold choices and one of his early experimentations with concrete as a material. The design did create some amount of tension between him and Kaufmann, who many a times questioned the structural integrity of this ambitious design.

Fallingwater is referred to as one of Wright’s greatest masterpieces. In 1991 the house was named “the best all-time work of American Architecture” by the American Institute of Architects. It was also one of the 10 architect’s buildings nominated for the UNESCO World Heritage List in 2015. Wright drew most of his inspiration from Japanese architecture – he aimed to create harmony between man and nature as seen in architecture across Japan. Wright’s admiration for Japanese architecture is an important inspiration for this house.

Lesser-known facts about the iconic Fallingwater

Despite having structural problems and needing constant maintenance due to its location, there is no question that Fallingwater, which is now a National Historic Landmark, is a work of pure genius.  This house has redefined the relationship between man, architecture, and nature.